With the rapid change in the world of technology, web applications are continuously evolving. While the native applications were widely used previously, the popularity of progressive web apps (PWAs) is increasing in the present scenario. The high adaptation of these apps is what makes them stand out. The progressive web apps can easily adapt to a number of devices, platforms, and hardware. Moreover, the SEO friendliness of these apps is increasing the demand among corporate organizations.

In comparison to native apps, progressive web apps are quick to install and highly responsive. It can also enhance the engagement rate as well as increase conversions to additionally benefit the businesses. In addition, less development time enables a shorter time to market. However, choosing the right framework to build progressive web apps is the key to success. While there are numerous options available, we are listing some of the most popular frameworks below.

Angular is one of the most popular frameworks used for building progressive web apps to date. Introduced by Google, it continues to be used for building reliable, robust, and responsive apps. The key benefit of this framework is that it is easy to implement owing to its well-defined methodology. The availability of Google support and the huge community of active developers is yet another beneficial feature. The MVC framework helps in the development of stable apps.

The presence of IntelliSense, as well as TypeScript, makes Angular even more demanding. Moreover, the Angular JS Development framework keeps updating at regular intervals in order to meet the latest market trends and dynamic business requirements. However, being a complex framework, you would require expertise as well as experience to use it for creating quality PWAs. You also need to learn the TypeScript language in order to use the Angular framework.

Recommended for you: Magento PWA Studio: The Progressive Web App Tool for Magento! 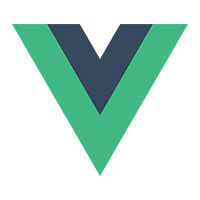 Vue is a new framework. The simplicity in its coding makes this framework experience the fastest growth. Its simplicity and scalability are the main reasons for its growing preference. With the use of additional packages, Vue enables you to scale up your business apps. Supported by the big players like Laravel as well as Alibaba, it is gaining more popularity in the recent times.

Even if you are a new developer, the code simplicity of Vue enables you to use the framework without much inconvenience. The high flexibility and simple concepts and structure are among the other prominent benefits of the modern framework for PWAs. However, the lack of support team, as in the case of Angular, is one of the potential disadvantages of the platform.  The extreme flexibility of the framework also results in performance issues in certain cases. 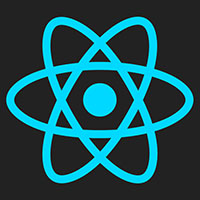 Next to Angular, React is the most popular framework for building progressive web apps. React is developed as well as supported by the social media giant Facebook. The large community of developers and the extensive JavaScript library are the main reasons for the growing popularity of React. The framework makes use of the JSX in order to ensure optimum connectivity with the HTML-based structures. React has the largest community of developers who are ready to deliver real-time assistance.

The framework allows the developers to use the same code for the web as well as native applications. Along with a pervasive ecosystem and extensive library, React offers increased scalability and high flexibility. Moreover, the virtual DOM enables faster rendering. Similar to the other frameworks, React also has some shortcomings. In order to use the framework, you would require JSX knowledge in addition to JavaScript. The lack of clarity in methodology may give rise to implementation problems. The absence of proper documentation and issues due to high flexibility are other disadvantages of React.

The Polymer is an open-source framework that favors the quick development of progressive web apps. Developed by Google, the framework has all the web components. The absence of any configuration requirement is a feature that makes Polymer stand out among other frameworks for building PWAs. The framework is compatible with all the modern browsers and increases the adaptability of the applications. The polymer contains a wide range of web components, tools, as well as templates. These features enable the simplified operation of the framework and make it preferable for progressive web apps.

The easy accessibility, easily understandable API, and high adaptability are among the key benefits of the Polymer framework. Moreover, when using this framework, you will not require any additional debugging tool due to the embedded development tools that are already present. The lack of SEO friendliness is a major drawback of the framework. It also takes more time to load and does not have an official IDE.

You may like: Progressive Web Apps: Everything You Need to Know About.

Introduced in 2013, Iconic is another popular open-source framework. The foundation of the Ionic is laid down on the Apache Cordova and Angular framework. It is one of the highly preferred frameworks for building cross-platform applications as well as progressive web applications. The large library of the framework having components for the Android and iOS platforms is an attractive feature. Being an open-source platform, it helps in significantly reducing the development costs.

In recent times, Ionic has been used for building numerous hybrid apps. With a short learning curve, this framework makes it easier for the Angular developers to use it. The library containing a number of plug-ins makes coding much easier. In addition, the availability of the built-in debugging tools, as well as browser tools, helps in easy maintenance of the framework.

The large community of mobile and web developers is yet another advantage that Ionic has to offer. However, there are some potential cons too. This framework demands frequent updates in order to meet the requirements of the mobile as well as web domains. Only having the latest version of the framework will enable better outcomes while building progressive web apps.

Svelte is a new name in the list of the framework used for building the PWAs. It is a component-based framework and has a lot of similarities with React as well as Vue. It is a reactive framework that aims at fulfilling the shortcomings that exist in the React framework. Even though this framework is relatively new, it has gained a high reputation in the community of developers. Svelte has a leaner code and ensures faster parsing, loading, as well as execution. This framework allows making use of the plain CSS and the other CSS frameworks. With a number of benefits, this framework has been adapted in the development community.

However, like all the other frameworks, Svelte also has certain drawbacks. Being a relatively new framework, it does not have a large community as the other frameworks. The lack of proper documentation is another downside of Svelte. Another drawback of the framework is that even though it is written in TypeScript, it lacks the TypeScript support.

Nuxt is another open-source framework for building the PWAs. Vue forms the foundation of the Nuxt framework. This framework makes it possible to develop simple and powerful web apps. Using this framework will enable you to have access to more than 50 modules. It allows you to select the appropriate module that meets your need and helps in the building of the PWAs much faster. Nuxt provides the developers with thorough documentation, defaults, as well as complete error messages. The big community of the framework is able to provide the developers with a better experience.

The Nuxt framework being an open-source platform that is available for free helps in saving more costs in development. Without having to take stress about the client-server interaction, it enables the developers to build universal apps easily and in much less time. The rich library of Vue is yet another advantage of using this framework for the PWAs.

Ember is yet another javascript framework in the list of open-source frameworks. This framework helps the developers in building scalable and simple PWAs without any interruption. Even though it is not a popularly used framework, it enables effective web app development. It extends a number of solutions that make data management as well as application flow easier. It allows you to get involved in the best practices of web app development.

With an intense focus on the functionality of the web applications, it helps in making the app development much simple and easier. Moreover, the MVC components of Ember helps in building more stable applications. With simple codes, Ember enables enhancing the performance as well as the robustness of the application.

You may also like: React Native vs Flutter vs PWA: Battle of Trending Mobile App Frameworks. 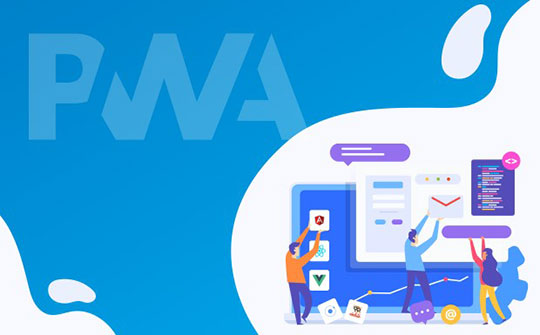 Among the numerous determinants, the prominent factors include the developer’s expertise and the requirements of the app. Choosing a suitable framework will ensure the development of a scalable, robust, responsive, as well as user-friendly application. As the demand for progressive web technology is continuously increasing, knowing about the PWA frameworks can enable you to develop powerful PWA apps.

Top Business Solutions that will make Running your Business a Breeze in 2021
Improve the Quality of your Leads with Landing Page Optimization
How to Write Your Own Small Farm Business Plan?
Top 6 Ways in Which Implementing Live Chat Can Improve Your Website’s SEO
Top 10 Best Selling Micro SD Memory Cards

Top 10 Best Selling PlayStation 4 Consoles
Modern B2B Website Design Tricks to Make it Successful in 2020
Should You Opt for Antivirus Software or a VPN? Let’s Find Out!
25 Lesser-Known Amazing Windows 10 Features You Need to Know
10 Video Editing Software to Use from Beginners to Professionals