A lot of the lost treasures of the world have been found, but there is still a lot of treasure hunting taking place. Technology advancements, the rise of big data, and mapping technologies have helped change the way that scientists, explorers, anthropologists, and others approach how to plan a treasure hunt.

Research remains the same in the modern prey treasure hunt. Researchers conduct a lot of analysis, gather evidence, and scour archives for scavenger hunt clues. Old theories are applied, and new technology is utilized to analyze data and pinpoint optimal locations for a treasure hunt. 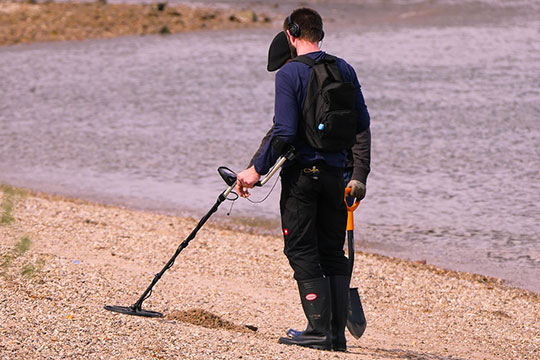 Spending months scouring underwater surfaces and excavating on a hunch of a treasure is no longer financially feasible. Technology has allowed for:

And these are just some of the smart technologies that are providing scavenger hunt clues to explore. The treasure hunt is also benefiting from the rise of big data. Big data, and primarily the increase in computing power, allows for algorithms that can sift through millions of data points to pinpoint treasures like never before.

Old theories of probability are also showing their validity in today’s modern world.

The Bayesian Theory is being applied to several fields, and we’re seeing the theory being used in predictive coding, too. The method was founded in the 1700s, but it is a theory of probability that is timeless and is being applied to treasure hunts today.

One excellent example is the search for the USS Scorpion that went missing in 1968. The nuclear submarine never arrived at its destined port, and command officers failed to locate the sub that they believed was lost on the Eastern Seaboard.

The Bayesian search theory was applied and divided the sea up into grid squares. Squares had probability values assigned. Multiple grids were created and overlapped to increase the chances of finding the missing vessel. Eventually, the vessel was found using these theories of probability.

Multiple ocean treasure hunts were found using the theory, including the SS Central AmericaMV Derbyshire. The method was also attributed to helping locate the lost Air France Flight 447. Mathematics is a field that never goes obsolete, with theories that are designed to stand the test of time. 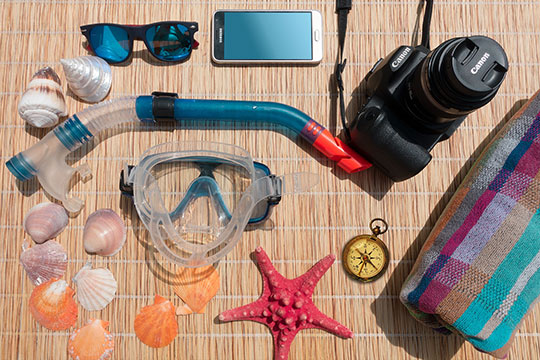 Theories are put into algorithms with computers, helping create probability layouts to find lost shipwrecks, cities, and other treasures. A few of the many prime examples of using these theories, computing power and new technology in the modern world are:

A worldwide scavenger hunt has been going on for centuries, looking for the sunken San Jose galleon that fell to the ocean bottom with billions of dollars of treasures. The treasure hunt started shortly after the 1708 fire that caused the ship to sink somewhere off of the coast of Colombia.

The ship, which was engaged in an intense battle with the British the same afternoon, caught fire with 600 crew members on board. Along with the crew was an estimated $20 billion in treasure including Gold, Silver & Jewels.

One of the world’s most validated and searched for treasures was said to be found by the Colombian government in 2015. The ship remains 600 meters deep in the ocean off the coast of Colombia, as a significant custody dispute keeps the treasure out of the hands of anyone who started the treasure hunt.

Considered the “holy grail” of shipwrecks, the government refuses to release the treasure’s coordinates, as anyone out on the sea wonders if under their ship is the remains of a fabled lost treasure. Technology advancements led to finding the ship. REMUS 6000, a robotic submarine, was designed to scour the ocean bottom and can go 6 km below the surface of the sea’s surface. The craft located the wreck and was able to hover just 9 m above the wreck and snap photos of the craft.

When the photos were sent back to researchers, they were able to locate the dolphins, which were famously engraved on the ship’s cannons. In Colombia’s waters remain more shipwrecks waiting for the next treasure hunt to begin. Estimates suggest there are 1,000 ships off of the country’s coast. 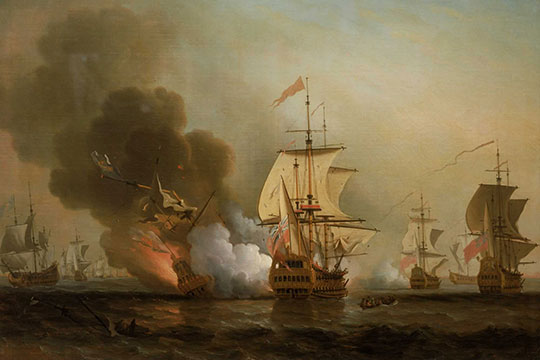 The Lost City of the Monkey God

For centuries, people around the world have been on a treasure hunt that spans the globe. The treasure hunt was a search for a lost city that was found and lost to history. Natives tell tales of the city, but no one could ever point to the city’s real whereabouts.

Lost in the Honduras jungle, the city, also called the White City, had laid hidden for centuries, with no one able to find the location. Thick forests and jungle consumed the city, hiding any traces that the area was inhabited. So many adventurers had failed to find the city that most people deemed the city a myth. But one treasure hunt was able to prove the city’s existence and the legend true.

The new exploration started after a resurgence of interest in the lost city in the 90s. In 2009, Christopher Stewart attempted to find the city. Still, it wasn’t until 2012 when Steve Elkins started a documentary that the city’s location was found. LiDAR technology was used, which was expensive and mounted to a helicopter that was worn and well past its lifespan.

The team would check multiple locations for the city using the LiDAR technology, which shoots lasers through the thick forest and uses the reflections to find any hints of a lost settlement. All of the data had to be analyzed by specialists who found edges and squares that would not occur naturally in the wild.

Due to the immense jungle, snakes, and other deadly animals, it took multiple treks into the jungle before the city was found. 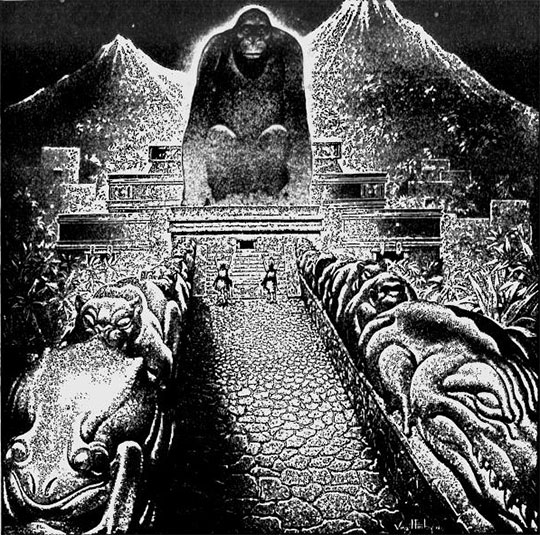 No one knows why the thriving city was abandoned

Interestingly, when the team was back home, they all started to get sores. The team suffered from leishmaniasis. It is a flesh-eating parasitic disease spreads by sandflies. Many of the team members suffered from the disease.

All of the explorers on the treasure hunt had to go to the world’s foremost experts in an attempt to curb the disease. Interestingly, explorers of the past and present have heard that the city was cursed. Perhaps the curse was really a flesh-eating disease that has been around since the time of the dinosaurs.

Excavations are also using satellite imagery to find hints of manmade structures on islands where it’s believed human activity was once present. Recently, a Viking era hall was found by analyzing imagery and data from satellites and compiling massive amounts of data. It determines the shapes underground, and the overall dimensions of the structures, fall in line with structures from the era.

As imaging technology, big data, and analytics become more prevalent, and the entire treasure hunt industry will change. Explorers will begin their treasure hunt online from their computers with analytics and algorithms that look at anomalies in the data to find treasures of the past.

We also see advancements in metal detecting technologies that can penetrate the ground further and even work underwater with great success. Drones and robotics can explore more massive swaths of the ocean and caverns without putting human life at risk during a treasure hunt.

Additional treasure hunts are happening around the world, with big data that is collected in the medical field, in cities, and other areas. Data scientists are creating their treasure hunt where millions of points of data can be analyzed to determine correlations between the data and the point of interest.

An excellent example of this is city street networks and how cities can change the layout of their cities to encourage ease of travel and keep congestion limited. The data analyzes everything, from crucial accident points to the timing of traffic lights and other data relating to traffic. Medications and health treatments are also part of a treasure hunt. Scientists look towards big data to determine which treatments work, don’t work, and have the potential to work for illness and disease.

Do you think technology and big data will help us find more lost treasures of the past?

Best Ways to Increase Sales on Your Website
VPN Alternatives – Are They Worth It?
How to Improve Email Sender Reputation?
Why Your Business Should Consider Custom Web Design?
Top 10 Best Laser Computer Printers

What are the Pros and Cons of Hybrid App Development?
The Growing Need for Cybersecurity: 10 Tips to Stay Protected Online
How to Optimize Your Website for Better Lead Generation?
6 Simple Fixes to Improve Your SEO in 2020-2021
10 New Exciting Smartwatch / Smartband to Stay Fit and Healthy