Flight Pilot Simulator, Tap Titans, Mutilate A Doll 2 Game, Angry Birds 2 and Bee Brilliant. You must have heard about these and more. They are some of the latest and most interesting games available today. What should interest you more is that your clients and those you haven’t met are currently using them. And here you are wondering what your next marketing strategy is.

The Mutilate a Doll 2 Game, otherwise known as “the MAD game”, for instance, was one of the top-rated games last year. It is a virtual stress-ball physics sandbox, with no goal other than what the player sets. The Ragdoll is at the center of the MAD is an interesting animated depiction of life with 12 body parts. When out of health, the ragdoll is brittle, just as your clients.

A rise in video game spending

Video Game advertising is indeed the new approach to Digital marketing. According to DFC Intelligence, video game spending has risen more than twice what it was in 2011; from $3.1B to $20B. This not only shows how fast the new kid on the block is growing. But also how fast other establishments and their advertisers are embracing the new unexploited revenue stream.

You may be wondering how fast your competitors are growing – perhaps they already know the secret and are following their clients where they’re most comfortable. The truth is, and we are sorry to say, TV ads are fast becoming obsolete. They are irritating; if in doubt, check how fast your family changes channels the moment an ad pops up your most favorite news channel.

In fact, advertising, in general, has changed radically over recent years thanks to advancements in technology. In the past, it was all down to print media and radio or TV advertisements; all of these were very costly. However, over recent years digital marketing has taken over with businesses using everything from blogging to social media marketing in order to increase awareness of their brand and products. Video game advertising now provides an added opportunity for businesses to reach out to their target audience with greater ease and convenience.

Over half of the nation plays video games

One of the great things about video game advertising is that fact that video gaming has become so popular over the years. These days, more and more people are playing video games. This means that any advertising on there is seen by huge numbers of people around the world. This makes video game advertising the ideal option. Especially for those who want to benefit from mass exposure to people in their teens, twenties, thirties, and forties. You can also reach out to both males and females, as video gaming is now a popular pastime with both genders.

Video games are not a preserve of kids and their teen siblings. Research shows the average video gamer is 30 years old. According to Entertainment Software Alliance, 58% of Americans play video games. While it enhances memory, improves speed and coordination, and is a great source of learning for the kids, it is an irreplaceable stress reliever for the adults.

The US-based interactive entertainment association also says that of the 58% Americans playing video games; 45% of them are ladies or women for that matter. It shows every inch of the market is in, and women are not left out. The association adds that the industry has surely grown not only in terms of the dollars spent but also in terms of the number of participants.

Kids that were brought up with video games 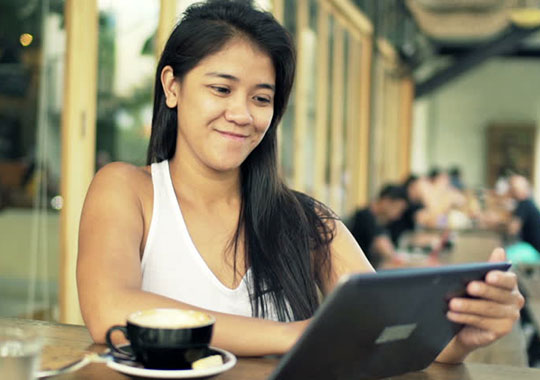 “Kids of the 80s have grown up, they are adults today, but are yet to stop playing video games,” says Matt Nielson of Domoregood-Hanon McKendry Co. Do you know some of the earliest video games released into the market and when Americans actually started using them? One is Atari 2600, which was released in 1977. The other is Nintendo, which was launched in 1985. So, as you can see, this has been a popular form of entertainment for many decades and continues to grow in popularity today.

When it comes to advertising, there are two main ways to advertise using video games. These are advergaming and in-gaming. Clearly, you do not need to build your own version of the Mutilate a Doll 2 Game for instance. Advergaming implies building or designing a game from scratch around your brand. In-gaming, on the other hand, involves integrating or placing your product within a pre-designed video game.

The Advantages and Disadvantages of Laptops You Must Know
List of 11 Best Stores / Shopping Sites to Buy Electronics Online
What You Should Do When Your Laptop Gets Wet?
18 Reasons Why Tablets are Better than your Smartphones
20 Essential Must-Have Software For Your Computer or Laptop

Review of Number Tracker Pro: Find Who is Calling You Using This Tool
What is Website Security and Why is it Important?
The 10 Most Effective Ways to Rank on Google | Ranking Best Practices
Premium iPhone 14 Cases by Mkeke – A Complete Review
Progressive Web App: Technology, Advantages, and Disadvantages
Welcome to RS Web Solutions. We are dedicated to provide the best tutorials, reviews, and recommendations on all technology and open source web-related topics. Surf our site to extend your knowledge-base on the latest web trends.