Ups and Downs of Kotlin Programming Language – Is It Better than Java?

Last updated on May 18, 2020December 26, 2017 by Souvik
Home Tutorials Programming Ups and Downs of Kotlin Programming Language – Is It Better than Java?

When you say Android programming, the chances are that the first programming language that comes to your mind is Java, and rightfully so. But since Google announced they now started to support Kotlin as Android’s official language, the situation is likely to change in the future. Nevertheless, just like Kotlin programming language has raised a few questions.

One of them asked both by seasoned professionals and new entrants on the market for Android apps, is whether it’s smart to make a transition to this latest craze of a language or stick to the traditional and well-known Java.

After weighing all the upsides and downsides of Kotlin here we’ve come up with the following review. We have also got enormous help from Ms. Abby Adams, the senior business analyst at Itransition (a software development company), to find out all bright and dull sides of Kotlin programming language. So, if you consider joining such tech giants as Atlassian, Pivotal, Pinterest, Evernote, and Uber, make sure that you understand all the benefits and possible shortcomings of this language.

The Sunny Side of Kotlin Programming Language 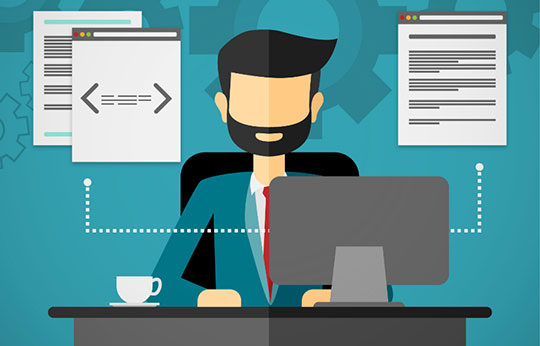 One of the main strengths of this programming language is its compatibility with Java. Kotlin goes well with all Java-based components and therefore enables Java-to-Kotlin migration. It’s not altogether impossible to bring Java and Kotlin together within one project with no downsides to it; the software development company Itransition has seen in its practice.

Due to this feature, you can try and launch a pilot programming project on a fraction of your code. In case of success, you could transfer to Kotlin gradually, or introduce Kotlin only in the new components from then on.

Unlike Java programming, Kotlin is the language with a clean and powerful syntax.  This usually results in 25–35% less source code, while the generated bytecode remains about the same size and efficiency. This feature should make coding in Kotlin a much more enjoyable experience. As you can see, Kotlin can contribute to your team’s efficiency considering that it takes noticeably fewer efforts to create and implement new code.

Also, by being more concise and cleaner, Kotlin enables developers to deliver a more stable code that contains fewer bugs.  Also, as all the errors are detected during compilation, Kotlin appears to be safer than Java.

Since Kotlin tends to be an improved option for Java-based programming, it takes a reasonable amount of time for developers to learn it. They will find that many skills they acquired throughout their Java career apply to their Kotlin projects. For Java developers, most of the Kotlin syntax will feel familiar. And if in some cases, Java developers encounter a code that differs significantly, they can still comprehend it thanks to Kotlin’s intuitive and easy-to-read design.

Kotlin has been developed by the creators of IntelliJ, which is the base for Android Studio, the third most popular IDE with just under 10% share and almost 9% growth in the last 5 years according to the PYPL Index. Thus, Android Studio provides top compatibility with Kotlin.

Although it has been officially acknowledged by Google only recently, Kotlin was initially introduced in 2011. Since then it has been polished and tested thoroughly before its ultimate release, which makes it a mature and reliable programming language.

Kotlin Programming Language: On the other hand… 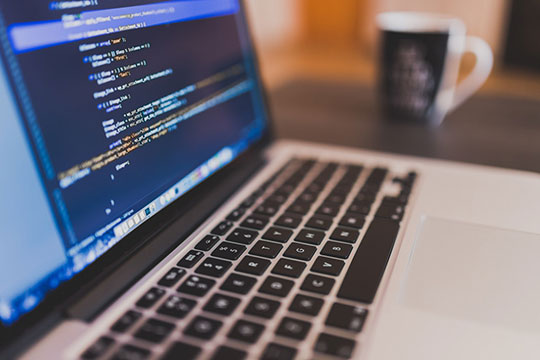 Besides all the mentioned advantages, Kotlin has its flaws that need to be taken into consideration before making the transition.

One of the main drawbacks is that the size of .apk grows heavily due to the runtime and the Kotlin Standard Library. The additional size makes less than 1 megabyte; but for large apps, this extra size can result in fewer downloads eventually.

According to some developers, another downside of Kotlin is its slower compilation speed. Although Kotlin programming language is faster than Java in this regard, sometimes it´s slower indeed. 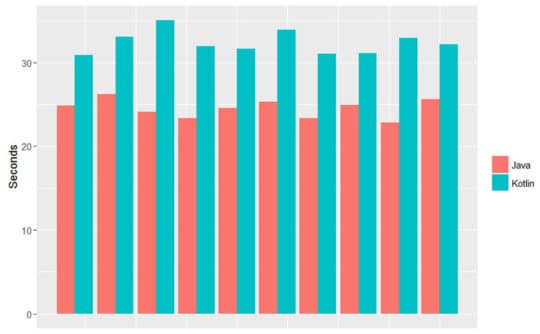 Its true Kotlin is clear and concise, but at times it can be difficult to decipher some bits because they’re so tightly packed. In comparison, some unfamiliar bits of Java is easier to comprehend.

This simply means that unfamiliar Java code is easier to decipher than that’s unfamiliar in Kotlin.

Kotlin programming language is still in its early adoption phase, and the community surrounding it is only starting to form. If you think about becoming a Kotlin developer, you couldn’t find many helpful materials out there, including developers’ manuals and forums.

There’s still a lack of professional Kotlin developers because the language is young. Still, the number of Kotlin-related vacancies is steadily going up.

So, is Kotlin programming language better than Java?

That being said, in certain aspects Kotlin is better than Java; in others, it still cannot compete with its predecessor.  But will you choose a concise syntax and increased productivity with outstanding Android Studio support over a smaller file package size and faster compilation speed with an established support community? Let’s discuss your opinion on which is better in comments.

1 thought on “Ups and Downs of Kotlin Programming Language – Is It Better than Java?”

How to Design a Website with PowerPoint Templates?
WordPress and Dropshipping? Is it possible?
Love Playing Video Games? Learn How you can Make Money from it
Best Ways to Increase Sales on Your Website
VPN Alternatives – Are They Worth It?

Top 10 Fast-Growing SaaS Applications to Follow In 2020
What are the Pros and Cons of Hybrid App Development?
6 Simple Fixes to Improve Your SEO in 2020-2021
What are Toxic Backlinks and what to do with them?
How do you tell when it’s the right time to upgrade your webshop?