A phablet is a great option for people seeking a mobile device with the combined capabilities of a phone and tablet. However, at times individuals cannot afford to buy a phablet because of its high price tag. Thankfully, today many renowned brands in the mobile industry offer phablets that not just performs well, but is also made available at less cost. Huawei is one such brand, offering a phone that cost only a fraction of what you would pay for buying Samsung Galaxy Note 5, Google Nexus 6 and a few other smartphones.

In case, you’re planning on buying the best budget phablet, then the Huawei Mediapad X2 might best suit your needs. Two years have passed since Huawei made a breakthrough in the tablet market, by introducing MediaPad X1 – the world’s lightest 7-inch tablet. And now, the company has launched yet another impressive hardware – MediaPad X2. If you’re a fan of Huawei devices, especially the MediaPad X1 then you possibly would be interested in knowing about the specs of the new MediaPad version.

Let’s have an overview of Huawei’s MediaPad X2 major specifications: 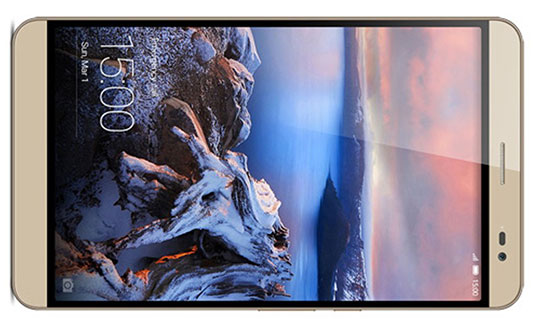 The reason that pushes people to buy a phablet is because of the comfort it provides in carrying one less device. After all, it helps bring the power of a smartphone in a tablet-size device. If you too want a phablet, it’s obvious you’ll want a bigger display, as it helps enhance the visual experience while you’re watching your favorite movie or just seeing a TV show. Of course, the 7-inch screen of MediaPad X2 won’t disappoint you.

The MediaPad X2 has a 7-inch IPS screen with 1920 x 1200 pixel resolution. Though the display size matches the standard size for a tablet, however, the pixel density of 323 pixels per inch is pretty huge for a smartphone. Besides this, the 450 nit luminance makes the screen visible in direct sunlight.

Smartphones have replaced the point and shoot cameras to a great extent. So, when you need a phablet over a smartphone, you’ll likely want one with an impressive camera. You don’t necessarily require a phablet that helps capture SLR quality shots. However, it’s important that your device could capture some decent photos. And, Huawei’s MediaPad X2 scores well in this case, as it comes with a good quality of cameras.

The 13MP rear camera promises to deal with low-light shooting. And, the 5 MP front-facing camera provides a 22mm wide angle shot, making it a perfect fit for selfie lovers.

The battery life is a major concern among smartphone users. With heavy use, a battery might not last more than a few hours even when you own some high-end smartphone. But the 5,000mAh battery of MediaPad X2 could last for an entire day despite heavy use. Using MediaPad X2, you can surf the Internet for up to 15 hours, play video online for 12 hours or could play music for 60 hours.

Although, Media X2 charging time of 3.5 hours may seem excessive, but remember we’re talking about a 5,000mAh gigantic battery here. Overall, MediaPad X2 definitely a battery champ and ideal for people looking for a phablet with efficient battery life.

4. Some Other Key Features:

MediaPad X2 is another great offering from Huawei that promises to offer better user experience over several high-end smartphones in terms of battery life, design and camera. Although, Huawei describes MediaPad X2 as a phablet, but people think of Huawei’s new hardware as a tablet instead. Take a good look at the aforementioned specs and decide for yourself whether the device is an ideal choice for you or not.

MediaPad X2 is another great offering from Huawei that promises to offer better user experience over several high-end smartphones in terms of battery life, design and camera.

Step to Implement Any iOS App as an iMessage Application
Why Every VPN Needs a Strong SIEM By Its Side?
How to Sell your eCommerce Business Profitably?
9 Reasons to Avoid Blogspot (Blogger) for Your Professional Blog
How to Choose the Right Accounting Software for SMBs?