5 Industries That Are Significantly Changed by Robotics

Last updated on July 31, 2019 by Souvik
Home Tutorials Technology 5 Industries That Are Significantly Changed by Robotics

The desire for machines that will simplify the tedious tasks of everyday life has been around for more than anyone can remember. In fact, in the 15th century, Leonardo da Vinci designed a robotic knight, based on his studies on the human body. Now, 6 centuries later, the world finally has the technology and knowledge to build such robots.

But there is still more to be done before every household will have a robot to do the chores, run errands and buy groceries. For now, robotics is used to help automatize various industries, making people’s jobs easier in more ways than you can imagine. Throughout the last decade, robotics has changed various industries, in some ways that would make even Leonardo da Vinci proud.

Ever since the last century, healthcare was viewed as the industry who could benefit the most from robotics. But up until recently, robots were used more in laboratories and less in the operating theatre. Even though first robot-assisted surgery was performed in the 80s, with a Puma 650 robot, the need for robots to be FDA approved slowed down the process of integrating robots in surgeries. Up until 2014, the only FAD-approved robot was the da Vinci Surgical System, but as of 2017, close to 45% of US hospitals had a da Vinci robot.

Nowadays, robots are used in more fields of the healthcare industry, and the number is only expected to grow. Take packaging, for example. Medical devices need to be sterilized before being packed, to ensure no contamination for when they get in contact with patients. Collaborative robots are used for this, as they minimize the risk of contamination by being able to perform this task in a completely sealed and sterile environment.

Robots are also used in laboratories, to help automatize a large number of various tests performed daily. In the UK, for example, there are almost 300 million blood tests performed throughout a year, all of which require repetitive actions. Cobots can help cut down the time necessary to perform those tests, making the lab work much more effective.

Robots are not kept away from the operating theatre either, as they have turned out to be extremely helpful. While some robots are used by neurosurgeons for more accurate placement of digital microscopes, allowing surgeons to get a better view of the surgery, others can cur through bones using top-notch laser technology. 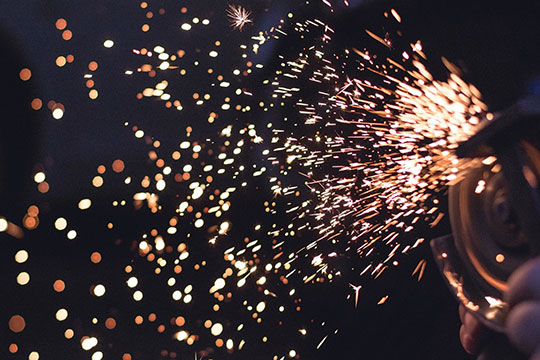 When it comes to manufacturing, automation comes as no news. Take the automotive industry, for example, which by 2016 was using more than 40% of the existing robots. Part of the reason is that robots are cost-effective, but they are also more precise and suited for jobs that could be dangerous for humans.

An industrial robotic arm, for example, can be programmed to work round the clock and customized to perform a countless number of tasks, eliminating the need to train and retrain workers.

“Automation can benefit not only big factories but small businesses as well, as cobots are becoming smaller and safer, presenting no threat to human workers in, let’s say, a small packaging room.” – as mentioned by Esben Østergaard, the Co-founder of Universal Robots.

One of the biggest concerns is that robots are going to eliminate manufacturing jobs, but the reality is entirely different. While robots are used to perform repetitive, dangerous and tedious tasks, human workers can use their skills in other areas of the industry, such as engineering, management, and maintenance, which require skills that only humans possess.

The future seems very bright, for robots in the manufacturing industry. As technology evolves, one can expect to see fully automated factories, which can be remotely operated from a central hub, miles away from the actual factory. As factories become fully automated, companies will experience massive cost reductions. Future sensors will allow robots to recognize objects and work in the dark, the same way a phone can use its facial recognition sensors even if the light in the room is not turned on.

3D printing will experience upgrades as well, as manufacturers will be able to use printers to deliver fully customized products, made out of better, yet lighter materials. 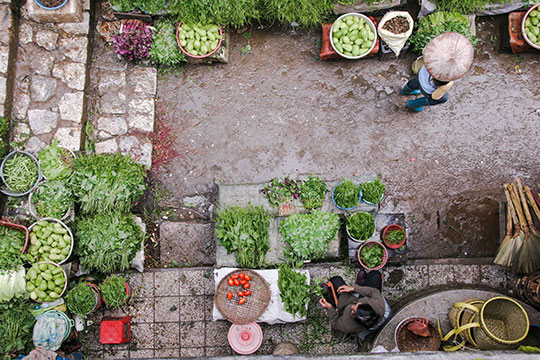 Although farming robots are not new to the agricultural industry, the new wave of robots are focused more on integrating big data and AI, along with news sets of sensors, to develop more precise robots. This new wave of robots can handle almost every job on a farm, from planting to watering, weeding, fertilizing and picking. Animal farms have not been left behind either, as robots can perform tasks such as milking, herding and transporting products. It is believed that, by integrating multiple sets of sensors, robots can work almost autonomous and cut the expenses even more.

Nowadays, farmers are confronting with a big issue: the lack of workforce, as fewer people are interested in working on farms. Robotics are tackling this labor shortage and providing farmers with new opportunities to keep their business alive. Although the investment may seem big at first, farmers can return the investment in less than two years. Robots can plant, harvest and perform other tedious tasks much faster and more precise, eliminating human errors and allowing farmers to spend more time managing the business, rather than working in the field.

Both food manufacturing and packaging businesses will have tremendous benefits if they choose to integrate robotics in their factories. The population is growing, which means the food demand is increasing as well. Collaborative robots can be used to process raw ingredients, such as food and vegetables, and prepare them for sale, as well as for the secondary processing stage, where ingredients are used to prepare other products. New technology revolves around installing sensors that allow cobots to work gently with the food, without damaging it. They can grab, sort and pack products without crushing or squeezing them, eliminating waste. 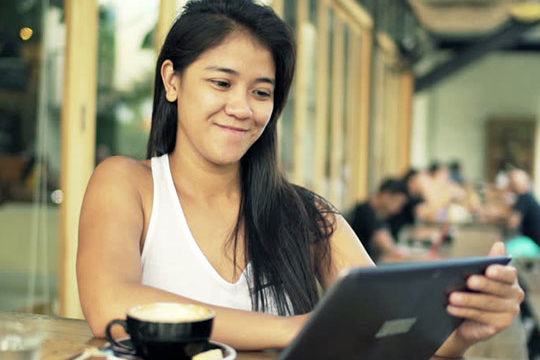 Even though robots have been around for quite some time now, people are still amazed by these machines. It is precisely this fascination that makes them perfect for the entertainment industry. Gone are the days when humans had to put on uncomfortable suits and walk around amusement parks to take photos with the tourists.

Disney World, for example, started using animatronics to entertain its guest ever since the 60s. Nowadays, as robotics evolved, these animatronics can interact with guests, respond to their actions and adjust their personalities according to the way people interact with them.

Ever since electronic music festivals have taken the work by a storm, artists are challenged to come up with groundbreaking ways of entertaining their audience. Artists such as Daft Punk, deadmau5, and Infected Mushroom have used robotics in their live shows, to wow the audience and deliver one-of-a-kind experiences.

Hollywood did not escape the robot wave either, as more and more robots are found on set, performing various tasks. From stunt doubles to camera bots and even acting, robots have made their way into Hollywood and are slowly becoming real celebrities.

What better place to use robots on the big screen, than a Transformers movie? In the movie “Transformers: The Last Knight”, who robots designed by Kawasaki share the big screen with real actors. In the movie “Alien: Covenant”, a collaborative robot is seen in a scene where it helps bring to life Walter, “the world’s most advanced synthetic companion”.

“Gravity” and in such other movies camera robots are used to shoot scenes where actors seem to be floating around or turn upside down. Before these technological advancements, if you wanted to shoot an upside-down scene, you needed to suspend actors on cords to make it look real. Now, you can just turn the camera in any position and make it look just as real. 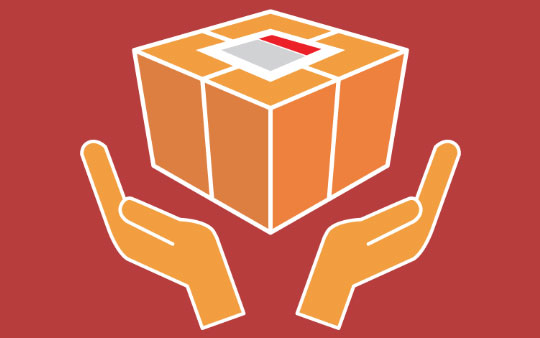 Up until 2016, more than 80% of warehouses were manually operated and in desperate need of automatization. Amazon has set the trend for automatization in the logistics and supply industry, by almost fully automatizing their distribution centers.

Warehouses are packed with various shape and size packages, making it a challenge for automatization. But now new 3D laser vision sensors have been incorporated in robotic software; robots can now determine the load of a container and determine the sequence for loading and unloading packages more accurate.

Sorting was another challenge for robots; they were often unsure of what products to pick and where to place them. Now, that does not seem to be a problem anymore. Robotic arms now can recognize objects based on various criteria, such as shape, size, color, and even price.

Robots can be now used to perform almost any task in a warehouse. They can load and unload products from the pallets and onto the shelves. They can pack any type of products, no matter the shape or size. As well, they can sort products based on various criteria. And, judging by how fast the eCommerce industry is growing and the fact that companies lack the human workforce, it comes as no surprise that robots are used more and more in warehouses.

How AI & Machine Learning are Affecting the Future of eCommerce?
25+ Best Payment Gateways for Your eCommerce Website
Motherboard Buying Guide: Top 10 Best Selling Computer Motherboards
VPN vs Antidetect Browsers – Which One to Choose?
11 Common MacBook Problems and Methods to Solve Them

9 Noteworthy Tips to Make Money as a Web Designer
Top 10 Best Selling Video Projectors for your Home or Office
Digital Marketing Phenomenon in The Age of The Coronavirus
How to Choose the Right Accounting Software for SMBs?
Your Password Was Exposed in a Data Breach. What to Do Now?