You are here: Home > Tutorials > Miscellaneous > The Search for Electrically Active Microbes Can Change Biotech Industry 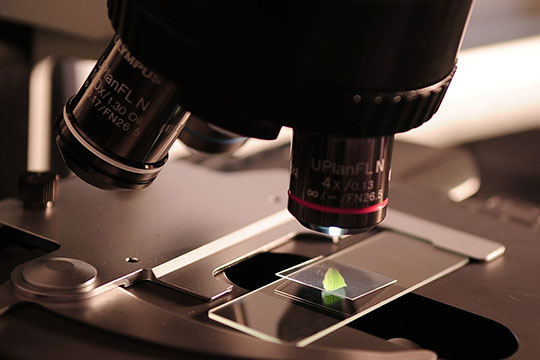 Science and all the related branches to it are evolving with each passing day and we found something new to listen, experience, or see on a regular basis when we wake up in each next day. When it comes to evolutions in the field of the computer and internet, due to being the most loved subject, they become prominent within some seconds of their invention however due to being a little less online-active subjects the researches and findings in the field of life sciences take time in coming into to headlines. However, if something isn’t getting highlighted in its best way, it doesn’t mean it is not happening.

The field of the biotech industry is evolving with each passing day and the recent invention related to some special and rare microbes has left the world and science astounded. Moreover, it is being said that if the researchers could find enough of such species, the greatest problem of shortage of energy can be solved. It will bring changes in the biotech industry and will solve the overall world problem related to finding energy resources.

What are Electrically Active Microbes? 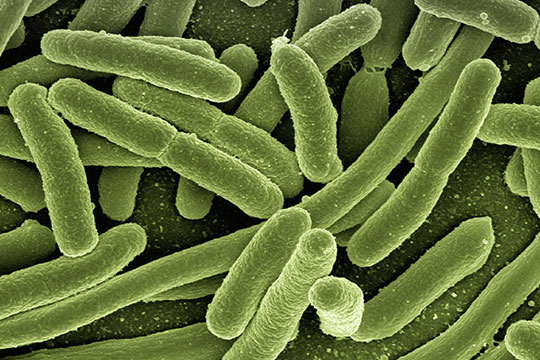 According to WIRED science resources, special sort of bacterial bodies has been found in Denmark at the bottoms of Aarhus Bay that exchange electrons with each other and become the reason for the passing of electricity. Being a bacterial size, researchers found they can transmit their electrons for exchange at the length of one centimeter. Now, if we turn the size of bacteria into the size of a human, the electrons can move up to 12 miles.

How these bacteria pass electrical signals? 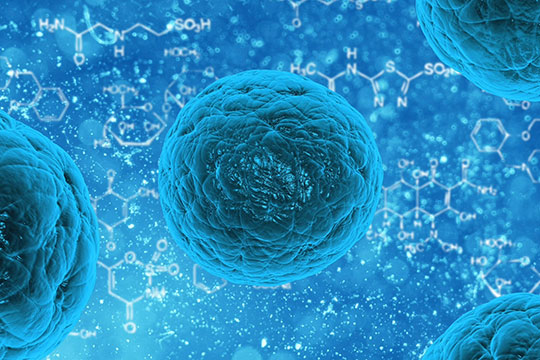 Basically, to communicate with each other, send messages, and receive the words; these bacteria use electrical signals. When examined through a microscope, researchers found their bodies and body types. They found that these smallest species naturally contain electrons in their bodies and it is not the matter of some evolution through years. Furthermore, when it comes to looking at their bodies, there are special strands on them that work like antennas to pass electrons. It means, the bacteria use these longer strands of their bodies to pass electrons, electric signals, or words to the other members of their species. However, we humans see it as a method of the passing of electrical energy.

How the discovery of Electrically Active Microbes Changed Biotech Industry? 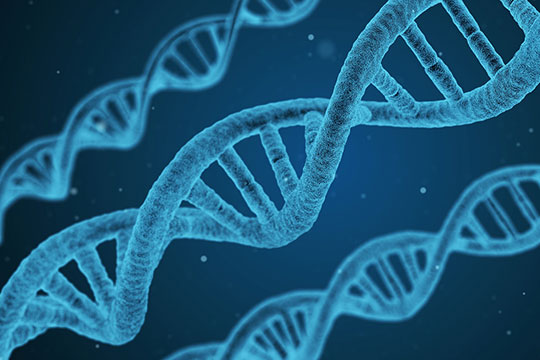 A study conducted by Japanese researchers found that the basic source of passing the energy is the minerals in the soil. And microbes use these minerals to pass electrons to longer distances. They use long extensions on their bodies known as nanowires to pass the messages. However, Desulfobulbaceae species look independent of using minerals in the soil. Because the members of this specific species appear to be physically-linked with each other so firmly; they make an ideal electrical cable. This electrical cable is then used to pass the electronic messages and survival ideas to their whole community. Hence, in the study of the year 2019, Japanese researchers also support Desulfobulbaceae species to be one of the best transporters of electrons among microbes.

The brand Boster once also says that:

“Desulfobulbaceae species not only survive itself but also helps other bacteria to stay alive by sending them help for respiration and food.”

According to Lars Peter Nielsen from the Department of Bioscience in Aarhus:

“There are feeder cells and breather cells both placed on the very ends of opposite directions. Feeder cells take oxygen from their sender breather cells and this is how the community making cable survives. It means the bacteria found in Filaments are dependent on each other. As they are linked too firmly in a physical form hence together this wire can be called one multicellular organism.”

He also gave a clue that by using the entire cable community, changes can be brought in the biotech industry.

2. Study number one by Moh El-Naggar:

According to Moh El-Naggar, a new species of microbes is found that belongs to genus Desulfobulbaceae. The species can be said as the most prominent one to pass electricity. It serves as the electrical energy deliverers of the community. For example, they serve their community in the same manner as the electrical cables do for passing electricity.

Moh El-Naggaris is major in physics and working as an assistant professor at the University of Southern California. He is also co-author of the research paper being written for The Search for Electrically Active Microbes and their role in the Biotech Industry. In a press release held at the University of California, Moh El-Naggaris said that according to researchers:

“The movement of electrons in the natural habitats to such a vast distance nearly looked impossible to us. However, these electrically active microbes seem to be built for this job. From one end to the next end, cells line and make a long single filament. Physically, these cells look ribbed and these ribbed bodies are actually channeling that carry and hold the electrons. Besides, the other channels in the surroundings are membranes and can be suspected to have insulating properties, such as sheaths of neurons myelin.”

The researcher said that bacteria are using their electrical energy to survive and communicate. This can be extremely beneficial for the field of biotechnology if we learn the ways to control and mold it.

The Limitations on the Research of Electrically Active Microbes 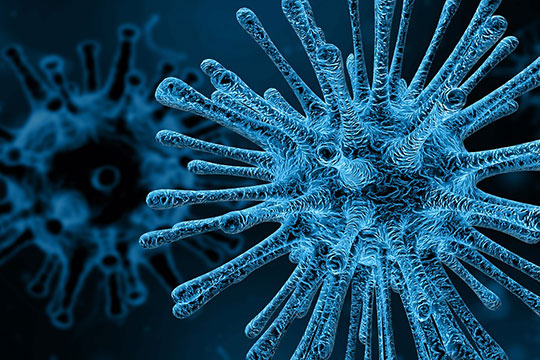 By keeping the things of the researches in mind, Abdelrhman Mohamed along with his bioengineer advisor Haluk Beyenal enhanced the area of research and tried to find better ways of capturing the microbes. Mohammed and Haluk found that the first-ever bacteria found around the Yellowstone’s pool may have come here with water hence by using better ways, bacteria can be captured in a better manner.

If we talk about the use of microbes in the change in biotech industries, Mohamed says that better and more portable devices can be made by using these cables of microbes. He said that though we already have Potentiostats devices to pump the electrons in and out in the laboratory. However, in springs these bulky devices will become impractical because of the low levels of the biomass.

Here are some limitations he discussed: 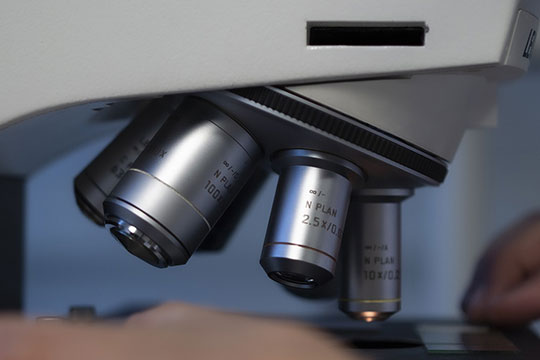 After getting answers to these questions and understanding the living habitat and environmental requirements of the microbes, we will be able to make these bacteria live more and better in the imitated environment that we have created in the laboratories for the sake of their survival. However, for this sake, one needs to overcome these limitations.  It can be overcome by doing more and more research in the field. The first thing we need in this regard is to found out all the necessary possibilities in which these microbes can survive. We need to find out if these microbes are surviving by eating minerals and what sort of mineral. What is their original and actual process of breaking the particles of mineral and turning it into their food?

When we will know the ways of keeping these microbes alive, we can better use these bacteria in the field of the biotech industry. For example:

Devices like Potentiostats or other better and more portable devices will not need a separate source of energy to work. Rather than that, they can take energy from the electrically active bacteria to work. By doing so, the cost of research can be diminished. How? Well, you know that bacteria are created or built to pass the electrons; they will keep doing this for the sake of their survival. Hence, the energy produced through the passing of these electrons will help Potentiostats and other devices of this kind to work. You are spending zero cost on energy.

Moreover, we will be able to use more technology in the field of biotech industry by using electrically active microbes. For example:

When it comes to research in the biospheres of deep jungles, we remain unable to do research due to the lack of energy. We cannot deliver bigger generators and other devices like that in the deep-down environments of the jungle. Because firstly it disturbs the habitats and secondly the energy they produce is limited. However, if we will be able to use electronic energy produced by electrically active microbes, we can do researches without disturbing the flora and fauna.

Therefore, more and more researches are required in this regard.

10 Smart Ways to Deliver Proactive Customer Service Without Any Challenges
How to Sell Products on Your Blog? 12 Noteworthy Tips for You!
Top 10 Best Selling Tablets / Phablets (Computer Tablets)
NordVPN vs SiteLock VPN – Which One is Best for You?
Laptop Buying Guide 2020: How to Choose the Right Laptop for You?