Bezel-less phones, the palm-sized cousin of the infinity pool, are part of the overall edge-to-edge trend in technology this year. From TVs to monitors and laptops to phone, it seems the edge is out of favor with today’s consumers. If you own one of the bezel-less phones already, you already know why.

So far, however, these beauties have been mostly out of the high-end phone market, typified by the Xiaomi Mi Mix and the Samsung Galaxy S8, both of which run well over US$500.

But that’s all changing now, as the Chinese have entered the game with several bezel-less phones under $200, mainly cheap Android phones. They’re giving the high-end front-runners a run for their money.

Here’s a roundup of the top models in the bezel-free phone market, in no particular order. All of them run for under US$200. 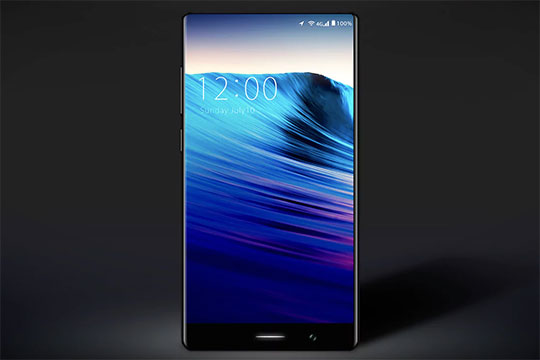 Industry trendsetters have coined the term ‘three-sided bezel-less’ to describe phones like the UMiDigi Crystal and its more famous competitor, the Xiaomi Mi Mix. There’s still a bottom bezel for the fingerprint sensor, but the rest of the phone features razor-thin bezels that lend a modern, elegant look to the phone. The Crystal, however, costs far less than the Mi Mix.

The savings are partly a result of hardware compromises such as the MediaTek MT6737 processor. Crystal’s camera is also not of flagship-quality but will suffice for many users. On the bright side, the 5.5-inch display has an impressive resolution of 1920 x 1080.

Out of Dongguan, Guangdong comes Vivo with their X20, which is described as ‘bezel light’. Although not officially launched yet, there’s much buzz in the promotional materials about the ultra-thin bezels.

To achieve those razor-thin bezels, they’ve moved navigation buttons to the screen and the fingerprint sensor to the back. They’ve also opted for an 18:9 aspect ratio. Most phones have 16:1, so the look will seem new for many users.

The 18:1 ratio not only helps achieve a larger screen presence but also serves video viewing very handily. Any video shot in widescreen format will look better on an 18:1 phone (and much content is shot this way, these days). 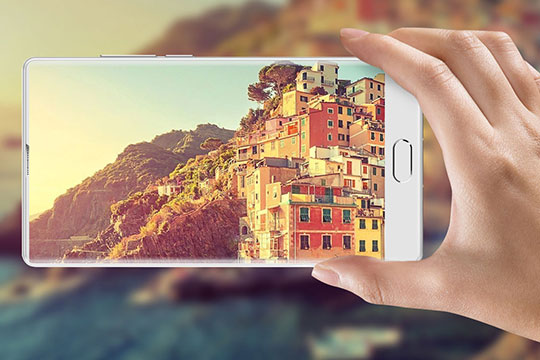 The most remarkable spec with the Bluboo S1 is the impressive screen-to-body ratio: 90%. The S1 definitely qualifies as three-sided bezel-less, which Bluboo achieved by locating the fingerprint sensor/home button and the selfie camera on the bottom of the phone.

Like several of the under $200 phones in this roundup, the Bluboo S1 comes with a MediaTekHelio processor, which explains how the device can be produced for such a low price. Bluboo went with name-brand on the screen too, as it is protected by Corning® Gorilla Glass® 4.

This is an Android phone with little bloatware out of the box, which will please users.

The Sony dual camera setup is impressive for a phone in this price range. The main camera is 16 MP whereas many in this class offer only a 12 or 13 MP option. Battery performance is rated quite well, too. Finally, the back cover can double as a mirror, a nice gimmick to make the S1 standout. 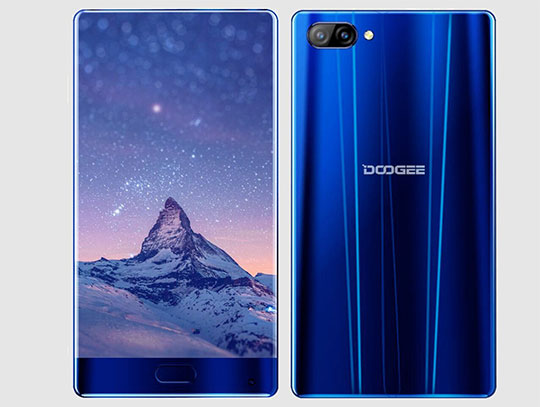 Since the launch of the now-famous Xiaomi Mi Mix, other Chinese manufacturers have targeted the all-screen look with a fierce passion. The Doogee Mix is one of the best results of all this activity, as it stands up very well against the Mi Mix.

One complaint about the Mi Mix was the muffled sound due to the fact that they’d removed the earpiece from the top bezel in order to eliminate the top bezel. The Doogee Mix has a top bezel with room for the earpiece, which means users can make phone calls and actually hear what the other person is saying.

The fingerprint sensor is on the front of the phone, but the navigation buttons are on the screen. The phone itself is smaller than the Mi Mix, which actually means it’s easier to handle, literally. The sides are curved, too, which makes for easier gripping.

As you can see, Doogee may have borrowed heavily from the namesake product by Xiaomi, but the phones are different enough that many may prefer the Doogee product for reasons other than price. 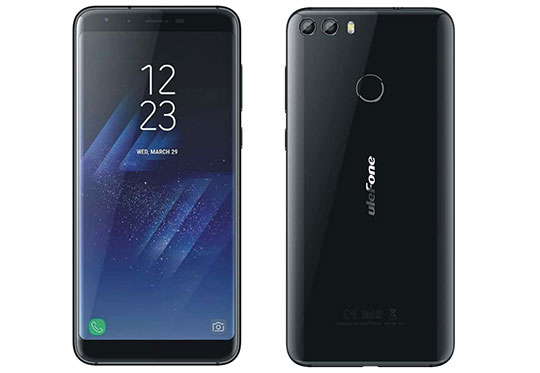 Ulefone’s F2 isn’t out yet, but when it arrives, it’s expected to be the under-$200 answer to the Samsung Galaxy S8, which sells for well over US$700. Like the S8, the F2 will have no side bezels at all, making it a true ‘infinity display’ phone (at least on two sides!). Even the top and bottom bezels are ultra thin.

Again, a manufacturer has manipulated the aspect ratio to achieve the bezel-less look. The F2 sports an 18.5:9 ratio. The screen is 5.7 inches, meaning the phone is slightly smaller than others in its class and easier to hold. 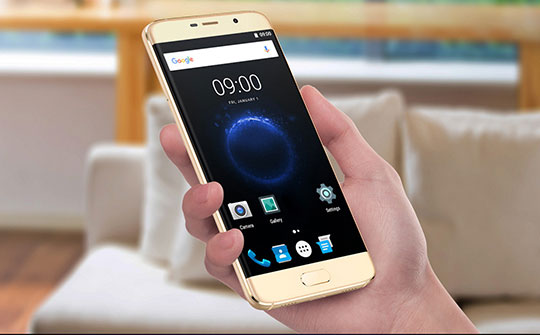 To accommodate different users of varying hand size, Elephone’s S7 comes in two sizes: 5.2″ and 5.5″. Consumers familiar with Samsung’s Galaxy S7 Edge may recognize Elephone’s S7 both in name and in its curved appearance. But the difference in price is, of course, tremendous.

Part of the reason the Elephone is so affordable is the processor, a MediaTekHelio X20, which doesn’t carry much brand name cache with people in Europe and North America. Also, the camera is a little lacking in features and image quality. The battery life is, however, quite good. And those who fear the exploding Galaxy S7 will feel confident about Elephone’s “explosion-proof” guarantee.

A Final Word on Bezel-Free Phones Under $200

Keep in mind that the edge-less phone is still in its nascent stages of existence. We’ll continue to see even more exciting developments as the major manufacturers strive to solve the design challenges that come with these magnificently beautiful, futuristic-looking phones.

We’ll also see even more startups in the field who, like these Chinese upstarts, who will bring even more creative solutions to the industry. And for less than $200 a pop, we’re waiting with bated breath for more.

Everything to Know About Domains, Subdomains & SEO-Friendly URLs
How to Write Compelling Content for a Landing Page?
Best Online Marketing Strategies for eCommerce Websites in 2020?
How to Create an Online Electronics Store Using WordPress?
25 Lesser-Known Amazing Windows 10 Features You Need to Know