Google Glass – Is It Good or Bad?

Google is never tired of inventing new technologies that are built around ultimate user experience up on which the users should way “Wow!” The developers at Google slog day in and day out to make the curious customers to get bejeweled with wonderful apps and be ever thankful to the inventor. With Google Glass, this internet and Android apps giant has pushed the boundaries far away from imagination. Glass, if it has to be described in single phrase, can be defined as “All-the-world-in-your-eyes”.

What is Google Glass?

Consumer electronic product, Gen Next gadget, ‘The Big Treat’ from Google or ‘the goggle from Google’ that does some kind of magic! Well, you can describe Google Glass with any of these phrases or all of them. On whole, it is an innovative product from Google for sure.

Google Glass is an Android OS based ‘wearable, eyewear-like gadget’ which has a built-in projector and can display the screen of a smart phone while the phone sits pretty in the pocket or on a table or in a handbag. It takes the voice commands from the user, executes them and displays the results on the screen of the wearable-gadget.

Is Google Glass the Need of the Hour?

Smartphone development is saturating, albeit, very slowly. Soon, it would hit the glass roof and can become static. Head honchos of mobile technologies are aware of this impending grinding halt and so started to look for the new avenues that are unexplored, greener and lucrative.

Head-mounted devices (HMD), though not at all new to gadgets lovers, are being looked out as an alternative, Gen Next gadget that can get the business going strong. When Google has laid its hands on Glass project, HMDs have gained attention.

Google Glass is being perceived as the starting point to bring more innovation in this field and unveiling gadgets with fantastic features. But the business analysts are of the opinion that Google Glass might not have a huge impact in the market. They are citing certain ‘knocking-out’ features as the reasons for their assumptions.

Experts are considering the design of the gadget as unattractive if not unintelligent, very low battery life and certain privacy related issues. Some of the experts are hoping that Google would address the design and battery life issues on war-foot as they are well within the reach of Google’s expertise to remodel Glass quickly.

Many experts have stated in their reviews that Google has to have a relook at the present design. One expert said that people who are concerned about their persona and choose the gadgets accordingly might not be willing to don this odd-looking gadget. But it must be admitted that Glass is much slimmer than the other head-mount devices. As this product is backed by Google, expectations from the users are very high and thus call for the necessity of redesigning the existing model. 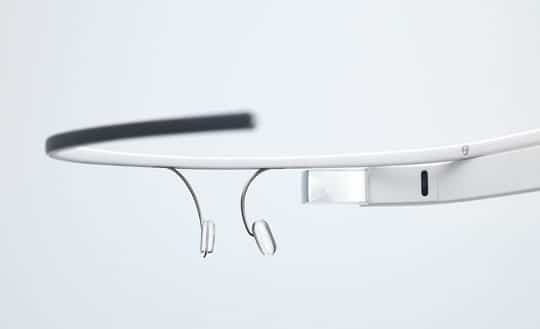 Low battery life is not just limited to Google’s Glass but a universal problem of almost all portable electronic consumer devices. Smartphone, as we usually experience, has to be charged every day irrespective of the usage patterns.

Similarly, the low battery life might take out the glamour of Google Glass. At present, battery is awfully low on life and could plague the marketing of this device.

But some industry observers are of the opinion that the portable electronic devices should take clue from the smart watches which run for almost a week without charging. Industrial trials conducted by the experts have yielded worrying results as Glass has failed within 4-5 hours of ‘normal’ usage of reading emails and viewing few videos/photos.

As we know, Google Glass is a HMD, and the neighbors that sit or stroll around the user would not know what is going on with the gadget. They would be unaware if they are being filmed or photographed.

One tech guru argued that ‘if the whole world is filled with nerds and nerds alone then we should fear Google Glass.’ He was of the opinion that there are many descent people in this world who follow the ethical living standards and hence Google Glass does not need to be looked down as possible social menace.

What is in Store for Google Glass?

Even before Glass hit the market, there are many arguments that are going against its usefulness. One reviewer has remarked that Google Glass, owing to its capability of infringing into somebody’s privacy, might disturb the vital reciprocation of feelings and thereby leading to dangerous situations.

Google Glass is looking promising for app developers as they perceive this gadget as the ‘next big thing.’ People are drawing analogy between iPhone and Glass by citing how iPhone was looking at the inception and how it evolved in the past several years.

It would be too early to predict the future of Google Glass as it is still in its project stage. Time only would decide its survival only if it fits into the expectations of the users. You can check the official page of Google Glass for regular updates.

6 Common Myths About Starting A Shopify eCommerce Store
10 Best Apps to Track Mobile Phone Number Location Online
Most Popular Frameworks for Building Progressive Web Apps (PWAs)
Best Practices for Building a Professional Website in 2020
How More Companies are Venturing in Digital Transformation in the Wake of the Health Crisis?