Gaming has seen many transformations since years as technology is being upgraded day by day. Of these transformations, video gaming was the best one and is still delivering the best ever gaming experience to gaming enthusiasts. Considering this, GPD (GamePad Digital), a China-based technology company had come up with a gaming console called the GPD WIN Handheld PC Game Console. It is completely based on the latest Windows 10 operating system, having the same display as that in a Windows 10 laptop or a personal computer. GPD has come up with many other handheld gaming devices but the GPD WIN Handheld PC Game Console has proven to be the best-rated one as compared to its other siblings. 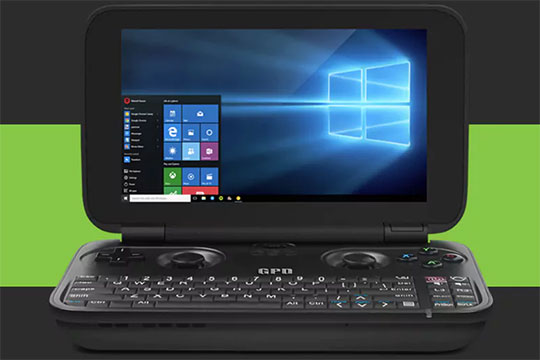 GamePad Digital had planned of bringing in the GPD WIN in October 2015, with its conceptualization and market survey being all done. Then its further planning was done in November and by the month of December of the same year, its final design and specifications were made ready. In March 2016, GPD came with their first prototype of GPD WIN and then after taking pre-orders, the gaming console was officially launched in October 2016. Now let us have a brief look at what exactly the GPD WIN Handheld gaming console is all about.

The WIN Handheld PC Game Console basically fall under the category of Palmtops or Ultra-mobile PC. It looks like a mini laptop, having a build exactly the same as that of a laptop. It has got special buttons for gaming as of a video game remote and works flawlessly too.

GPD WIN comes in a size of 15.5X9.7 cm and has a 5.5″ LCD H-IPS display. The main difference between a normal IPS display and H-IPS display is that the H-IPS display has less spacing between the pixels and has a relatively higher contrast ratio. The screen of GPD WIN is of multi-directional touch and is protected by a Corning Gorilla Glass 3. The aspect ratio of the screen display is of 16:9 and it provides a very high resolution of 1280X720, hence providing a 720p (267 PPI) display. The GPD WIN weighs around 0.378 kg and hence is very light in spite of its bulky looks.

GPD WIN runs on latest version of Windows 10. It uses the 64bit OS, giving you the same operating experience as that of a windows laptop and personal computer.

The GPD WIN is featured with an Intel X7 Z8750 Quad Core processor. It has 64-bit x86 1.6GHz processors and uses Intel HD 495 Graphics 200 MHz graphics card to support a high-end gaming experience with a high quality of the image.

The device is supported with a Wi-Fi connectivity of 802.11 a/b/g/ac band of 2.4 and 5GHz frequency. It comes equipped with a Bluetooth of the version 4.1 in order to transfer essential files to the device at lightning fast speeds. 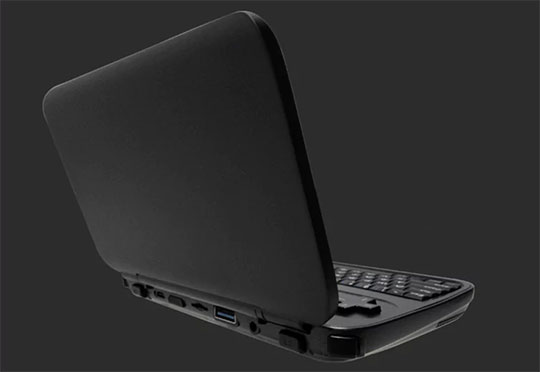 The GPD WIN has a battery of 3.8 volts and 6700 mAh power. It gives you a rough operating time of 6 to 7 hours in a single charge. 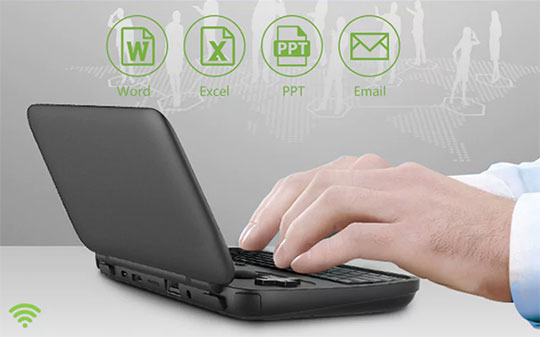 The device has a RAM of 4 GB and an internal storage capacity of 64 GB. The internal memory is expandable up to 128 GB (256 GB unofficially) with the support of micro SD card. Hence for this, the GPD WIN is provided with one micros SD card slot.

GPD WIN comes equipped with one D-pad, four face buttons, and two analog sticks. Along with these, there are four shoulder buttons (each shoulder containing two buttons).

Other than these gaming control buttons, the GPD WIN is provided with a QWERTY keypad, same as that of a conventional laptop containing a standard set of 67 keys and additional 10 functional keys for other operations. 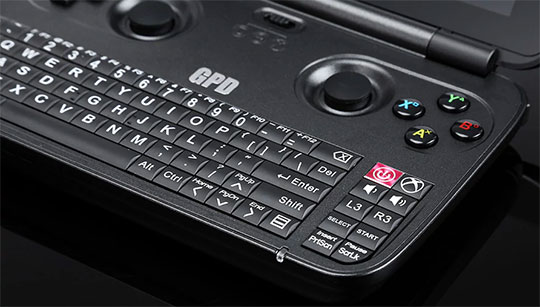 GPD WIN supports almost every format of all types of files as of a personal computer or a laptop. It supports picture formats like BMP, GIF, JPEG, and PNG. Music formats of AAC, MP2, MP3, OGG, WAV, and WMA are supported on this device. Videos of 3GP, AVI, WMV and MP4 formats are easily playable on it. One can also access MS Office tools like MS Excel, PowerPoint, MS Word, etc. On the device, one can even read .pdf and .txt extension files without any flaws.

The Windows operating system comes with a built-in Chinese and English language as standard. If one needs any other languages, then those can be downloaded over Wi-Fi. 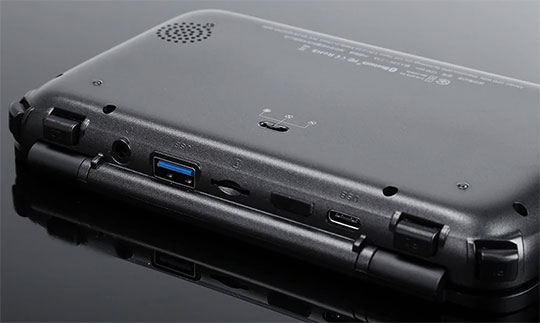 The device comes equipped with various ports for added connectivity options. It is provided with a mini HDMI port to connect with other large-screen devices. It also has a USB 3.0 slot, a C-type port, a 3.5 mm headphone jack, and a micro SD card slot for externally expanding the device’s memory.

The package along with the GPD WIN device also consists of other mandatory essentials such as a USB cable, a charging adapter, earphones, and a user manual (English language). 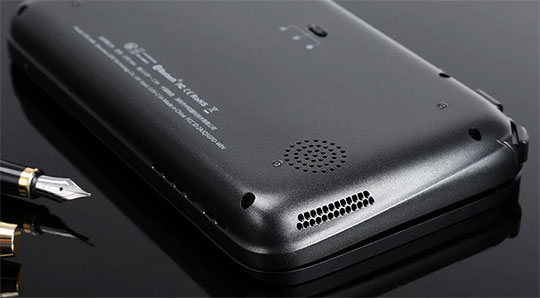