Software as a Service (SaaS) is growing at a rapid rate. Gartner, a leading research and development company, projects a 37% shift from legacy to SaaS by 2020. Over 80% of business apps will be SaaS by 2020 according to a survey done by BetterCloud.

SaaS changes the way organizations operate by removing the need to run apps on their computers or data centers. This model eliminates expenses related to buying hardware, installation, maintenance, security, and support. It also provides for stronger network security and greater collaboration.

The fast-growing SaaS development field has seen the emergence of new companies as the older ones re-invent themselves to operate competitively. In this post, we have curated a list of the top ten SaaS startups that became successful to help you handle your organization’s cloud-based needs effectively.

Shopify is a Canadian based e-commerce company that provides online retailers with a suite of services such as marketing, payment, and customer engagement. It was started in 2004 by Scott Lake, Daniel Weinand, and Tobias Lutke. The founders felt they were dissatisfied with the existing services from online retailers.

The success of Shopify largely comes from its innovative services and products such as debit and credit card that facilitates support even for conventional stores. It has also crafted winning partnerships with top dealers and other e-commerce stores such as Amazon.

The main challenge of Shopify is stiff competition in the e-commerce space. Some of the top competitors include eBay, WooCommerce, and Alibaba.

Slack is a cloud-based startup founded in August 2013 by Stewart Butterfield. It is one of the new SaaS startups but initially operated as an internal tool for Stewart’s company referred to as Tiny Speck. Later it grew into a powerful collaboration and chat tool that facilitates video conferencing, internal messaging and productivity bots.

Slack achieved its success through progressive research and focus on customer orientation. However, the startup faces a major challenge related to hosting the client data in its servers. The startup critiques argue that data storage is moving from centralized to decentralized systems. 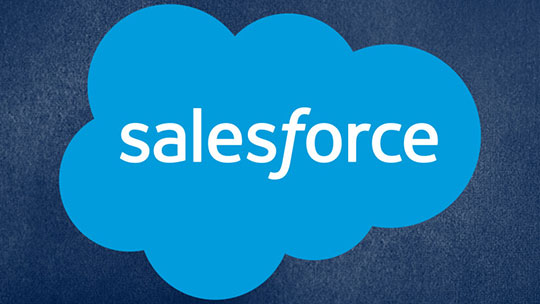 The success of Salesforce comes from its diversified products and focus on progressive development. Since its formation in 1999, the company’s development team ensures that its services evolve progressively to meet clients’ needs.

The startup has had to wade through key challenges including phishing attacks in 2007 and stiff competition in the market. However, the rising demand for its services has made it remain profitable and on a growth projectile over the years.

OpenBack is an on-device messaging engine that runs locally with third-party applications. It also remembers the activities that have been undertaken by its users for specific notifications.

The SaaS app was launched in 2015 by Christian Ryder and David Shackelton. During the first Lisbon Web Summit in 2016, the startup won the ESB Spark of Genius Award and took €25,000 grand prize.

The secret for OpenBack success is perfecting their services and innovation. They want to always be on the lead.

The main challenge that OpenBack has had to face is that companies are resistant to or slow to change. Though most of them appreciate that SaaS is the way to go, the process of adoption is rather slow.

MailChimp is a leading marketing automation platform that was founded in 2001 by Mark Armstrong and Ben Chestnut. Initially, the company operated as a paid service and added fermium option 8 years later.

The main challenge of MailChimp is the fast-rising competition from other top SaaS startups such as AWeber and Infusionsoft.

Sophos is a company that provides security hardware and software that offers next-generation endpoint and network protection. It was founded in 1985 by Peter Lammer and Jan Hruska when it largely focused on antivirus development.

The success of Sophos comes from the fact that virtually every organization requires ample security for its system. Besides, its security services are diverse and businesses can select what matches their needs.

The main challenge of Sophos is ensuring it has to progressively craft security solutions that are workable. This is expensive because the security research system must remain open.

Oracle is an American computer technology firm that specializes in development and marketing database software technology, enterprise software products, and cloud engineered systems. The company was founded in 1977 by Ed Oates and Bon Miners as Software Development Laboratories.

Over the years, it has reinvented itself intone of the successful SaaS startups by offering workable computing solutions. Its success also comes from the diverse services that help to build an expanded revenue base.

The main challenges faced by Oracle include lawsuits related to copyright infringement for using 37 Java packages and foreign corrupt practices in 2011.

Workday is a financial management and human capital management software firm founded in 2005. Initially, the startup was funded by Duffield and venture capital firm referred to as Greylock Partners.

Workday made it to the list of the leading SaaS startups because of its commitment to innovation. For example, companies that use their services enjoy a single system for HR, finance, and planning.

The main challenges that Workday has had to face on its journey include the fast-growing competition and evolving industry. Therefore, the company has to progressively innovate to remain profitable.

DoveConviene is one of the fastest growing enterprise SaaS startups that are using a unique business model. Instead of driving customers to online stores the way Amazon and eBay operate, the startup encourages them to go to conventional retail stores.

The startup was launched in 2010 and its headquarters are based in Italy. However, it operates under different brands in different countries. For example, it is referred to as ShopFully in the US.

The success of DoveConviene is focusing on pushing through shopping vouchers and special coupons. It also helps stores to build lasting customer relations and optimize profits.

The main challenge of DoveConviene is that it appears to be moving against the grain. As more stores focus on directing shoppers to e-commerce stores, DoveConviene is drawing them to the old model.

To summarize, we can see that a lot of SaaS startups have succeeded in recent years. With the rapid development, the number of users is growing as well. Thus, most companies are targeted at training newbies and are helping them create a worthy item. If you feel that you need some knowledge, Clockwise Software has composed an advanced guide on how to create a SaaS App – come and get the details.

Stylus Pen Buying Guide: Top 10 Best Selling Stylus Pens
5 Tips for Boosting the Marketing Strategy of your Business
How to Create Custom Single Post Templates in WordPress?
How to Use Business Text Messaging to Boost Your Sales?
Is Mobile Banking Safe? Here are 7 Tips to Avoid Banking Mistakes