The History and the Future of Computers and Its Technology 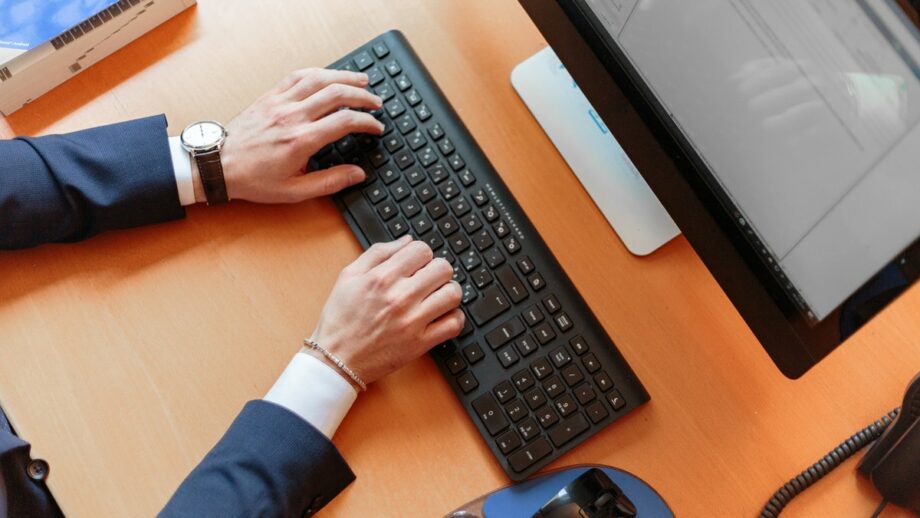 Article Note: This article “The History and the Future of Computers and Its Technology” was first published on December 17, 2021. We last updated this article with fresh information on January 12, 2023.

We can’t imagine a world without computers today. Everywhere that we see, computers offer efficiency in operations, quick transactions, and the ability to store unlimited data. Computers are everyday things that we use. In smartphones, gadgets, toys, aircraft and so many others. In shopping malls, cinema theatres, gyms, restaurants, and hotels, computers are everywhere. Desktop Personal Computers, laptops, and tablets, are seen in every home.

But computers, when they were first evolving, were not the same as they are today. It took years for them to evolve, and every decade saw improvements in computing technology. Let’s have a look at how computers developed throughout history and also what the future is.

Computers have come a long way since their inception in the 1940s. Back then, between the period 1940 to 1956, First Generation Computers were staggeringly big and ran on steam engines! They relied heavily on magnetic drums for storage and vacuum tubes as switches/amplifiers – which produced considerable amounts of heat requiring coolers to regulate them. To program these beasts, machine language was used – although rudimentary by today’s standards it was groundbreaking at the time.

Recommended for you: The Most Notorious Computer Viruses in Our History.

The Second Generation of computers was a quantum leap in computer technology between 1956 to 1963. Upgrading from the bulky, power-hungry vacuum tubes of First Generation machines to smaller, more efficient transistors allowed for improved performance and reduced energy consumption.

The memory base moved away from simply magnetic storage and incorporated core memories, leading to less heat production while simultaneously improving speed capabilities. With this new advancement in size came an increased capacity for automation that had never been seen before – paving the way for even more significant advancements yet still unknown!

With the introduction of computers between 1964 and 1971, a technological revolution was born! Taking leaps compared to previous generations in terms of speed, storage capacity, and size – semiconductor chips or integrated circuits played an integral role. For the first time ever, users could interact with their computing devices through keyboards as well as mouses. This marked a true game-changer for humanity’s relationship with technology – speeding up progress faster than we’d believed possible until then!

The Fourth Generation of Computers, spanning from 1971 to 2010 brought about the exciting introduction of Personal Computers or PCs. Altair 8800 marked a groundbreaking moment in technology- these powerful computers required assembly before use and featured Intel 4004 chips with millions of transistors – heralding an unprecedented era for computing capabilities!

Taking computing to the next level, computers became revolutionized during the 70s and 80s. Pre-assembled machines such as the Commodore Pet in 1978 and Apple II of 1977 made their way into households around the world. This marked a new era for personal home use with IBM’sPC setting precedent soon after. Moreover, by connecting systems together over networks – the internet was born!

Computers achieved remarkable developments by introducing greater memory capacity, and data storage options alongside considerable miniaturization resulting in handy handheld devices we look down at today! Propelling further influence on modern-day users is a Fourth Generation of Computer technology that brought about a Graphical User Interface (GUI), producing an easier method of visual interactivity compared to predecessors it stands beside.

Computer technology is undergoing a tremendous transformation with unprecedented advances. We can only imagine the possibilities that quantum, AI, and nanotechnology offer for computing power! What we are witnessing today in computer development will surely be just a taste of what’s to come – an exciting time ahead as computers enter into new-age technologies.

What does the future hold for computers? We may be surprised to see how much has changed from today! There could be no physical machines as we know them – instead, advanced computing systems might fit within our bodies or on a piece of jewelry. Humans will continue to control these technologies though; this is something that isn’t likely to change in what lies ahead!

The future is here! Robotic systems are rapidly evolving and computers have become an integral part of our lives, providing us with a more luxurious lifestyle. Breakthroughs in many domains such as science, technology, and biotechnology continue to revolutionize the capabilities of computer-based technologies – making futuristic dreams a reality.

Imagine a future where your home is brimming with possibilities thanks to the Fifth Generation of Computers. We’re already seeing glimpses of these devices in action today, providing us with sleek and integrated systems that allow for unprecedented control over our electronic equipment. As technology continues to evolve, humanity can unlock countless potential opportunities through this remarkable generation of computers!

The Internet of Things (IoT)

Imagine a future where you can command your appliances from anywhere else in the world – no need to be at home! This radical notion is made possible by the Internet of Things (IoT) technology, making devices smarter and more connected than ever before. With IoT, computers are able to communicate autonomously with each other like never seen before – it’s truly revolutionary!

Imagine living in a world where cars start on their own, ovens know when to turn off and bicycles greet you with an automated “hello” when they sense your watch. The future of computers has much more potential than we ever imagined – enter the Internet of Things!

This technology will make homes smarter, cities better managed, schools safer and hospitals run like well-oiled machines. With this mind-boggling connectivity between devices powered by computer software, it’s easy to see just how efficient our day-to-day lives can become due to the power of ‘smart’ communication.

You may like: Evolution of DevOps: A brief History from an Idea to a must-followed IT Solution.

Imagine a scientist experimenting virtually instead of using any solid physical materials. Or an engineer designing a car model without actually using any tools. When a computer is powered by quantum computing technology, it will use physical matter such as subatomic particles such as photons and electrons to carry out complex processing. Data will exist in multiple states and a computer will make billions of copies of a computation, which will also exist in different states. Quantum computing is the future of computers that will offer limitless possibilities for all.

Computers will not only get more powerful, but they will also get virtual. Offices and workspaces will get digital, in a way that they will offer users to use them virtually. Desktop Virtualization is a technology that will broaden the scope and make organizations connect their resources with others from a global perspective.

Desktop Virtualization, in the simplest sense, is a way to make the computer accessible from anywhere and by anybody. Remote users can log on to the computer from any corner of the earth and operate it virtually. Desktops will become virtual so that it gets connected to a network. Operating systems and applications will be located in a cloud server, and users can access it from anywhere.

Any computer, laptop, smartphone, a tablet can get virtual and behave as a virtual desktop. This Desktop Virtualization technology pools resources to get connected easily across so many platforms and make data more secure and safe.

Make way for the newest medical marvels- bio-computers! Imagine taking a computer not just as small as an aspirin, but actually swallowing it like one. Or, getting a chip implanted in your hand to constantly monitor any unexpected changes in your DNA cells? Believe it or not, this is no longer science fiction – these amazing new technologies are closer than ever and will revolutionize healthcare by providing cutting-edge solutions for biotechnology fields.

Imagine a computer that is much, much smaller than it currently exists and doesn’t just offer tremendous processing power but can even learn by itself! This will be possible with Bio-computers of the future which have biological and organic elements running processes to store data. With such technology available in the near future, there are endless possibilities for how we could use this new form of computing – from detecting abnormalities or badly structured DNA to providing large benefits both economically and socially.

Artificial Intelligence, or AI for short, is already transforming the way computers think and act. But its potential goes far beyond what we’ve seen so far – this rapidly evolving technology promises to take computer intelligence to new heights in the years ahead! From hospitals relying on automated diagnoses to understanding customer preferences more quickly than ever before; from faster manufacturing processes that boost productivity, Artificial Intelligence has transformative possibilities across a range of industries like healthcare services, education, and even farming.

We are on the brink of a new era – one where robots will not only clean our cars, serve us food and make our homes more secure but also completely revolutionize society through Artificial Intelligence-enabled computers. Automation is just scratching the surface: soon we’ll be able to shop with ease, pay quickly without tedious manual entries, and manufacture products faster than ever before – AI technology stands at the heart of it all! With its help we can unlock unprecedented levels of efficiency in almost every aspect of life has to offer.

Our computing technology is changing rapidly in this digital age we live in, and there’s the potential for it to get even faster. Researchers are examining how light can be applied to computers – with photons controlled by engineered particles they’d be able to access speeds far beyond what today’s machines offer! With light being the fastest thing known in our universe, imagine just how powerful Optical-based Computers could potentially become – scientists around the world are determined on making them a reality soon enough.

You may also like: How History of Architecture be a Future of Web Design.

From the humble beginnings of computers to their current capabilities, development has been a crucial part of creating an ever-evolving environment. This journey of endless growth shows no signs of stopping as we continuously push forward with breakthroughs and technological advances. In time, our beloved machines will move past mere tools and evolve into something that can make decisions for us – helping across many spheres including medicine, education & business! With continuous innovation through research and science, we’re all eager to see what comes next.

7 Things to Remember When Building a Gaming PC
The Advantages and Disadvantages of Laptops: Know the Truth!
10 Best Stores / Shopping Sites to Buy Electronics Online
18 Reasons Why Tablets are Better than your Smartphones
20 Essential Must-Have Software For Your Computer or Laptop

11 Key Roles and Responsibilities to Build a Successful Game Development Team!
10+ Best PHP Scripts to Make Your Own Directory Website
Top 10 Best Digital SLR Cameras (DSLRs)
11 Excellent Document Editing Software You Can Use Now
15 Big Challenges in Mobile App Development You Need to Know
Welcome to RS Web Solutions. We are dedicated to provide the best tutorials, reviews, and recommendations on all technology and open source web-related topics. Surf our site to extend your knowledge-base on the latest web trends.