How are New Technologies Improving the Creation of Animation Films?

You are here: Home > Tutorials > Technology > How are New Technologies Improving the Creation of Animation Films?

Just like other forms of technology, film technology has undergone massive evolution as the years have passed by. The industry that started with hand-drawn pictures, which literally had to be animated by hand, has taken many leaps. The ancient animation which is known as anime in Japan is a quite simple model of animation due to its less graphics & computer-aided technologies.

With years of development and a lot of innovative technology, animators are now using groundbreaking software to produce astonishing films and shows. We can all say now that traditional animation has truly come a long way. 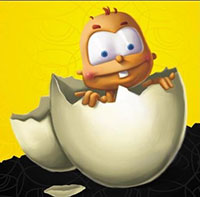 Accepting computer-generated animation was a tussle in the beginning. It was introduced in the 1980’s, and animators fought the idea as they thought it was going to put them out of their jobs. They slowly saw the need for computers within animation after the short film Technological Threat was made. The film brought the understanding that traditional animation and computer animation should exist side by side.

Unlike the regular cinema, Animation & Anime took a hefty effort to bring the audience to theaters. As animation is thought of Kids entertainment, it took a while to understand that it has been targeted for all the age groups. Copyrights were sold to Platforms like Netflix, Hulu & Amazon to spread the content to the masses. Even dedicated anime streaming platforms like Crunhyroll, Animelab, Daisuki & Funimation came into existence to spread the anime culture around the world.

The Arrival of Computer-Generated Technology

Disney and Pixar created the first computer-generated feature-length animation, Toy Story. The technology became industry standard after the success of that creation and others like Shrek. With the new technology, new tools and data were needed, and studios needed fresh software and large data space. Computer Generated Studios came about where animators could work with powerful software, and tech companies provided the perfect tools for these studios. With technology and developing film processes, the unrealized dreams of what animation can be are being discovered. The tiger featured in the movie, Life of Pi, is an example. That tiger was the star of the show yet generated by software programs and computer-generated animation. Filmmakers are still discovering new ways to combine technology with animation, and the best is still yet to come to CG animation. 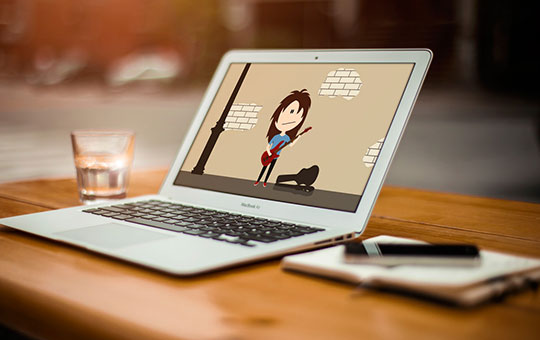 Welcoming the Illusion of Animation

The development of animation into 3D Computer Generated has set it apart today. In computer animation, the animators explain the process with a sequence of 3D or 2D pictures and play that sequence. Today, they have found a way to interchange between the two as was done in Disney’s Beauty and the Beast. Maya and 3D Max, amongst other software’s, have been the apex of 3D animation. Animators can make their illusions believable by telling the pictures how to display themselves through these softwares. Using a source of light and different well-positioned cameras, the animator can create a point of view for the spectator. The animator will still determine the position of every object during rendering of each frame. After much hard work and expertise, these frames are played at 25 frames per second and illusion of animation is created.

Different Ways Film-Making Is Advancing Because of New Technology

Film: Digital filmmaking has more immediacy and flexibility than ever, but celluloid stands at the very peak of this technology. Although there are faster and more convenient ways of doing things in the film-making world now, the film is technically superior in some ways and still on its way to full maturity. It is expensive and demanding, but the image quality, rich colors and textural details are exceptional.

Virtual Reality: This technology offers new and thrilling ways for entertainment and consumption of information. Applications of VR on films are still being explored, and the most compelling cinema formats are being tested out. VR offers exciting possibilities including practical, time-saving preproduction, a rich narrative device for conventional film and dynamic storytelling medium.

3D Printing: From a production design perspective, 3D printing is set to revolutionize fil-making. Prop departments on big productions are welcoming 3D printing because of the advanced levels of print size, details and finish and how this adds efficiency and flexibility to their work. Popshop of Pinewood Studios has been instrumental in such endeavors. Movies like Avengers: Age of Ultron and Guardians of the Galaxy used Prop shops facilities for production.

Collaborative and cloud workflows: Teamwork is required in film, production like it is in other business endeavors, and digital communication has made this easy. The film-making space is smaller and more efficient allowing for easy access to resources and perfect coordination. Filmmakers can work with production teams from different parts of the world because of digital communication. Files for a project can be shared and managed between multiple project groups making collaboration easier.

Depth sensors: This new format is revolutionizing the space. This technology formats a camera to work with depth sensors that can capture every shot in wireframe form and translate this into an animation that lines up perfectly to the characters in the film. Although not appropriate for every project, this is an indication of the development in filmmaking.

The Tireless Work of Animators 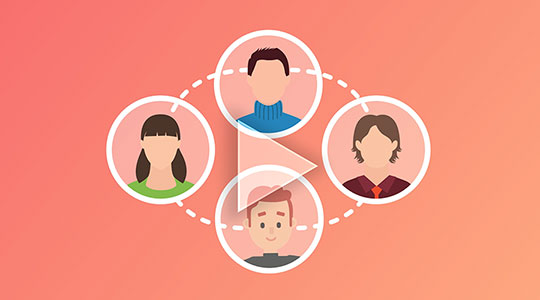 The job of animators has really been made easier with the use of computers. Computer animation technology will help the animator to create a 3D illusion perfectly, integrate live action and virtual images, create a scene with multiple characters, stimulating materials, stimulate lighting set up, and combine the performance of a live character with an animated character and many others. Computer generated animation can be 2D as well as 3D. 2D animation is an illusion of motion in a 3D space just as 3D is an illusion of a flat image. Movies and shows were drawn by hand for 2D pictures. Today, most of the drawings are started by hand and finished by computer. Animators still have hard work to do and play a vital role in drawing by hand and using the computer.

NordVPN vs SiteLock VPN – Which One is Best for You?
Why ECommerce Brands Need Customer Retention Marketing?
How to Sell Products on Your Blog? 12 Noteworthy Tips for You!
JavaScript Trends: How it Redefines Excellent User Experience
25 Must-Have Instagram Apps for Producing Content