It is raining new flagship devices and there are new, insanely powerful devices to be seen every few days. Each one claiming to bring something fresh to the table, those others haven’t thought of. Amidst this shower of high end devices, Sony has launched its new high end device called the Xperia Z2. It is the successor to the Xperia Z1 and while it brings some updates, we think it might be too soon to upgrade such a powerful device. We think so because the updates are very few and apart from some minor upgrades, there is nothing fresh to see here. The Z1 was launched in Q3 last year and it has been around for just a few months. Apart from that, there are still a good number of features that set it apart from the other flagship devices we have seen recently.

The design of Xperia Z1 was pretty good already and the same design theme has been continued to Xperia Z2. It is slightly taller than the Z1 to house the larger display but width and thickness haven’t been affected by the increase in screen size. In fact it is slightly slimmer at 8.2 mm compared to the 8.5 mm on previous device. It has the same aluminium band running around the device edge which makes it look elegant. The front and back faces are dominated by glass which looks nice but adds to the weight. It also makes the Xperia Z2 more susceptible to scratches if you are a careless user.

The device is completely waterproof like the Xperia Z and Z1. You can not only submerse it in water but also use the camera key to have some stunning underwater shots. You will find a micro SD slot and a micro USB port covered by waterproof flap. There is no flap on the headphone jack like it was on the Z as the headphone jack itself is waterproof. There are two speakers up front on top and bottom of the device to direct the sound towards you and give you a nice stereo effect when you watch videos in landscape. 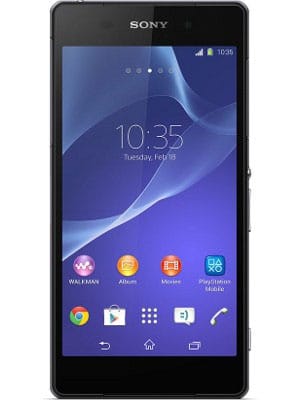 Xperia Z2 has got a slightly bigger display at 5.2 inches as compared to the 5 inch display on Z1. The resolution is same at 1920 x 1080 so the pixel density has dropped down to 424 pixels per inch from 441. Though this is a difference you would find hard to notice as it is still pretty high. Even the smallest of text is displayed without any rough edges. The display uses Sony’s Triluminous tech which uses ‘quantum dots’ to reproduce colours better. The result is an excellent colour reproduction. The gamma is not very good though and at times, certain details are lost because the highlights are bright. The brightness levels are pretty good for outdoor use though the viewing angles might cause trouble at times. The contrast ratios are decent as well but if you are shifting from an AMOLED display, you might take a while getting used to it. 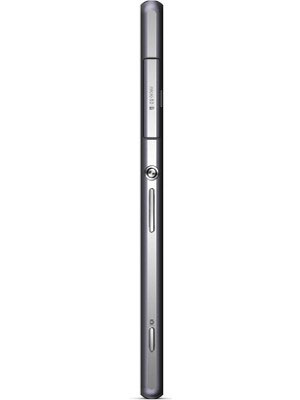 Xperia Z2 is powered by a slightly powerful hardware as compared to the predecessor. The Xperia Z1 runs on a Qualcomm Snapdragon 800 chipset while this one runs on a Snapdragon 801. The differences are very few. On this one, the quad core processor can run at a slightly higher clock speed as compared to the previous one. The Adreno 330 GPU can also clock slightly higher clock speeds. The difference would not be noticeable though as they have taken up the clock speed from 2.2 GHz to 2.3 GHz. The amount of RAM however has gone up from 2 GB to 3 GB and you can be sure that this device would be absolutely lag free. Even in benchmark scores, this device should better most of the devices out there. To power this device, they have used a slightly bigger battery in this device. It used to have a capacity of 3000 mAh on the Z1 but the one on Z2 has a capacity of 3200 mAh which would give you slightly better talk time.

In terms of software, Xperia Z2 runs the latest android 4.4.2 KitKat. We are very thankful for that as most of the times, Sony tends to launch devices with a relatively older version of android and then update them later. The usual Sony tweaks are here and you will be greeted with the familiar Sony app launcher. 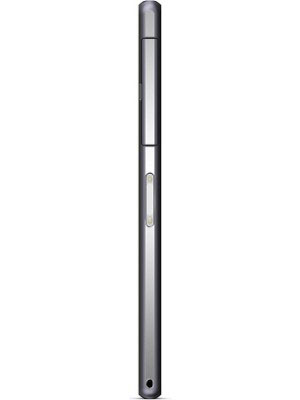 The 20.7 megapixel camera on Z1 has been its highlight and it is the same story with this new Xperia Z2. It has a large 1/2.3 inch sensor and a 27 mm f/2.0 G wide angle lens. To reduce noise in low light photographs, it has got a high end image processor. It can compete with some low end point and shoot cameras and at times, better some of them. The Z1 could record full HD videos at 30 fps. Xperia Z2 however can record 4K videos. Even if you don’t need 4K videos, this extra resolution would help zoom into the subject while recording a video. It can also record 1080p videos at 60 fps and 720p videos at 120 fps. You can record some slow motion videos using the increased frame rate.

There are some updates to the camera software as well. A background defocus tool has been added which allows you to add blur to the background. The old features have been retained and there are a lot of options to play around with. 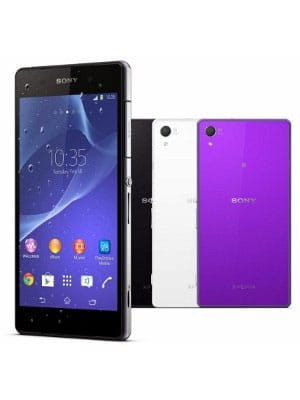 Sony Xperia Z2 device is impressive and there is no point against it. It has all the features the Z1 had and then there are a few more changes that make this device. But the changes are minor and it isn’t exactly a big overhaul. If you are running an older device, this can be the device to buy but if you recently bought a Z1, relax, this is just the same device.

Sony Xperia Z2 device is impressive and there is no point against it. It has all the features the Z1 had and then there are a few more changes that make this device. If you are running an older device, this can be the device to buy.